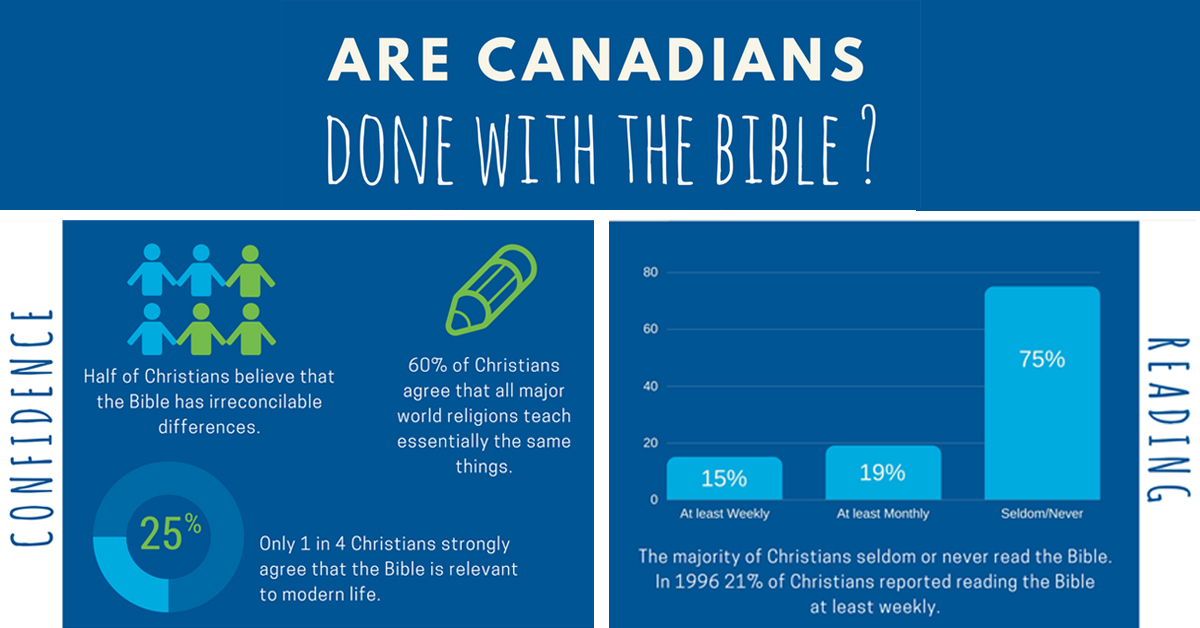 The Canadian Bible Engagement Study, published on 1 May 2014, found that “about one in seven Canadians, or 14%, read the Bible at least once a week. The majority of Canadians, including those who identify themselves as Christians, read the Bible either seldom or never”.

Since 1996, weekly Bible reading has declined by nearly half. People’s confidence in the Bible as the Word of God has also decreased signficantly along with declining church attendance. Almost two-thirds of Canadians (64%) and six in ten of those who identified themselves as Christians agree that the scriptures of all major religions teach essentially the same things.

The survey showed that Canadians who are engaging most with the Scriptures have three behaviours in common: community (they are involved in a worshipping community), conversation (they discuss and explore the Bible with their friends) and confidence (they are confident it is the way to know God and hear from him).

The study concludes with the message that “if churches are to strengthen the Bible engagement of their congregants, they themselves need to be convinced of the reliability, relevance, trustworthiness and divine origin of the Bible”.