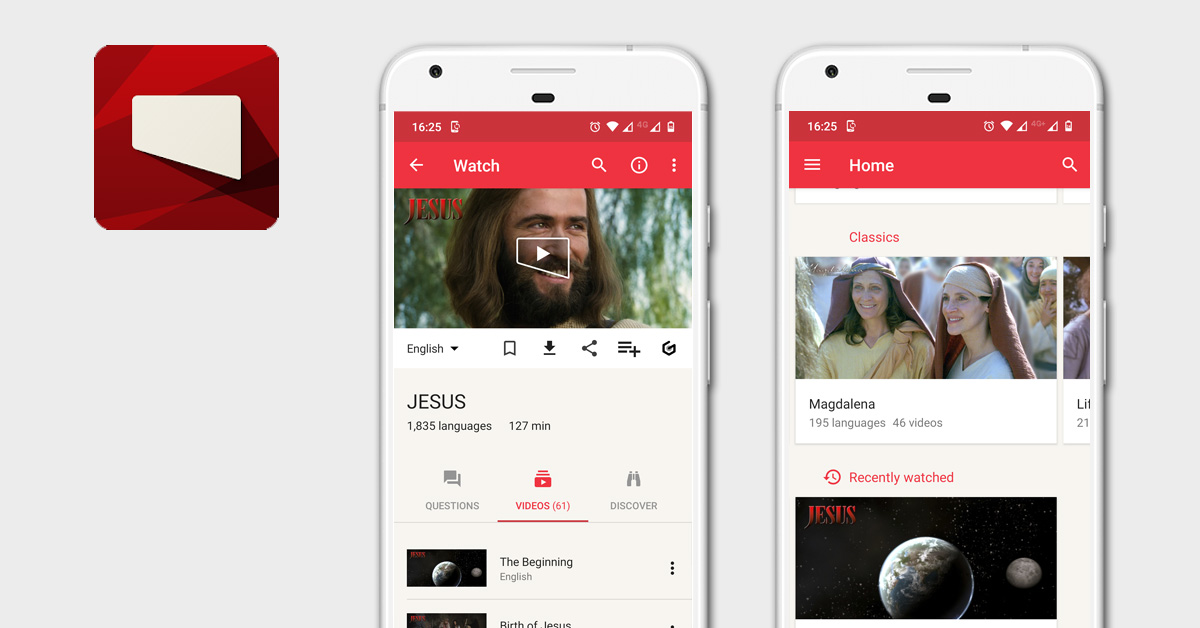 The Jesus Film Project app is available for the iPhone, iPad, Android smartphones and tablets, giving users free access to films in over 1,600 languages.

The app features the films JESUS, Magdalena, Story of Jesus for Children in full length and segments; the series Following Jesus, Walking with Jesus, Rivka, and a catalog of short films like My Last Day.

Users have the ability to find resources by country, language name, theme and title of the film.