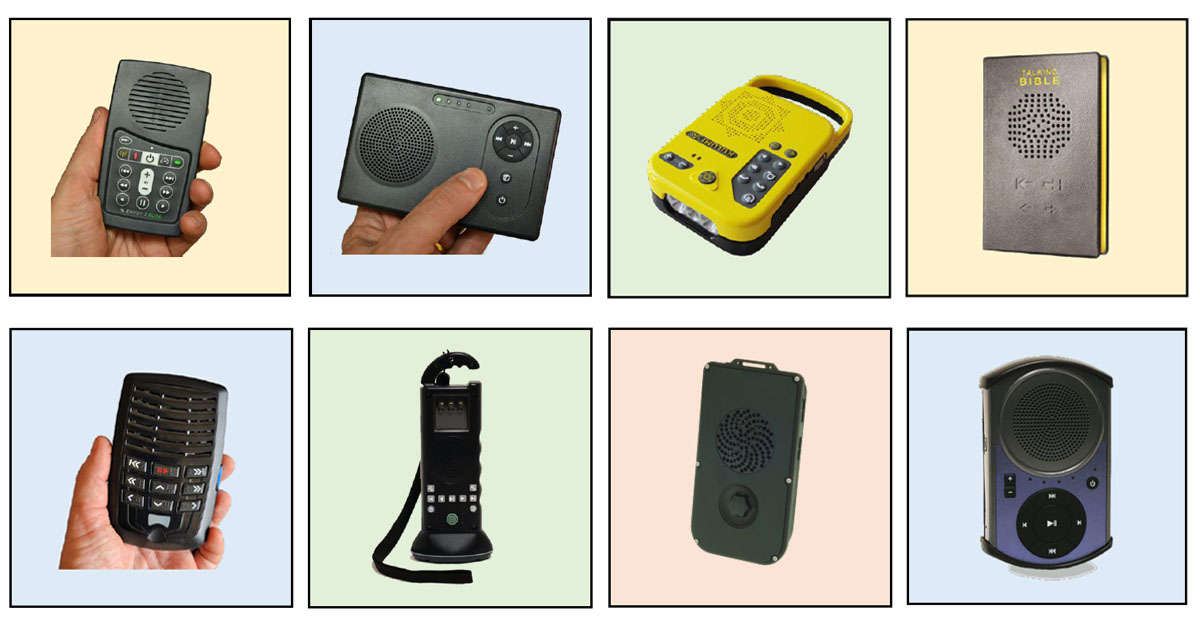 It is not hard to convince those involved in Scripture access and Scripture engagement of the value of listening to audio Scriptures. We want to assist communities in making strategic choices about how best to make them available and how best to encourage people to engage with them. One of the ways people listen to the Bible today is using a digital audio player. But since there are so many different audio players to choose from, how do we make a good choice?

This in-depth review (66 pages) compares a range of today’s digital audio players including the Proclaimer (from Faith Comes By Hearing), the Envoy 2 (from MegaVoice), the Audibible K1 (from Kivah Distributors), the Papyrus and The Torch (from Renew World Outreach), the Kulumi Mini and Lost Sheep from Hope Tech Global. 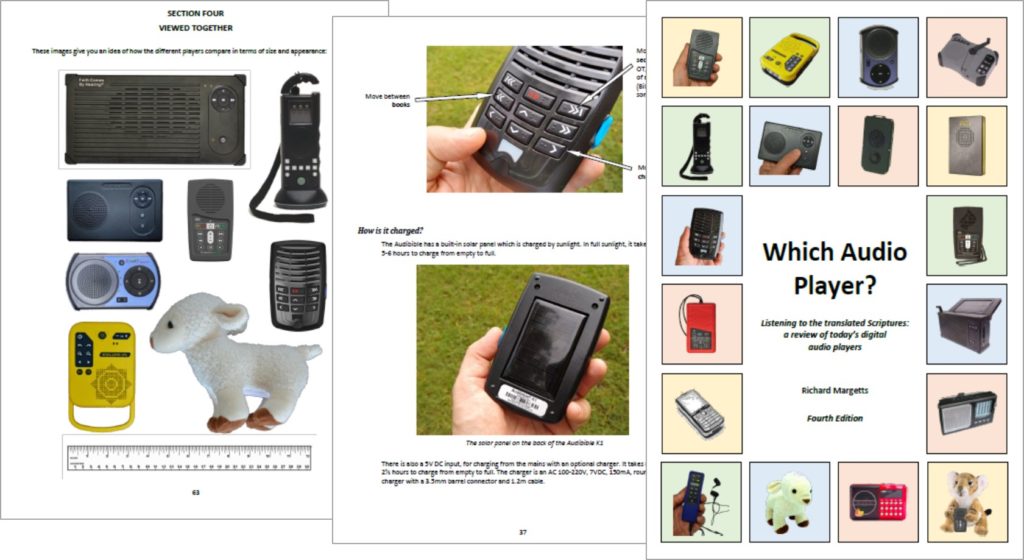 The review is presented in several sections, illustrated with photos and giving a summary of the key features, prices, pros and cons of each player. Also mentioned are feature phones, smartphones and locally available MP3 players.

The first edition of this report was published in 2008 and compared the Proclaimer, MegaVoice Ambassador and Saber. Over the past 11 years we have seen: